BlueLink supported a common opinion of Bulgarian civil society organisations, expressing a clear position against a Bill on Amendments to the Law on Non-Profit Legal Entities (LNPO).

At the beginning of July, PG "United Patriots" submitted a Bill on Amendments to the LNPO, which affects the right of association in Bulgaria by introducing unjustified restrictions on the activities and especially on the financing of civil society organizations.

The common opinion against the bill was initiated by a group of Bulgarian CSOs. Supporting organisations agree that the proposed amendments affect the right of association, in a discriminative way forsee more strict requirements for the non-profit legal entities for declaring income coming from abroad, and aim to limit the civil space in Bulgaria.

"The proposed amendments are a direct attack on the achievements of the democratic process in Bulgaria since 1989 and would be absurdly ridiculous if they did not literally copy such obscurantist practices of regimes with authoritarian tendencies in other countries known for their anti-European and anti-democratic orientation. That makes them dangerous for the established democratic and pro-European public order in Bulgaria", comments Pavel Antonov, BlueLink's Executive Editor. 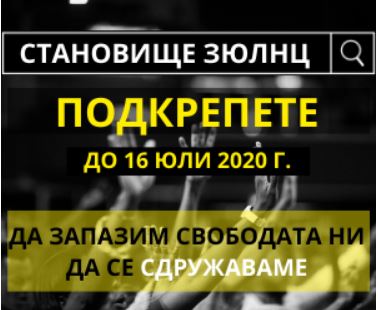