Purpose and structure of this strategy

The current strategy was adopted by BlueLink’s Council of the Founders on November 22, 2014. It is based on in-depth analysis of the changes in the civil and political processes and the state of the civil society in Bulgaria. The analysis is based on results from two workshops: on civil participation and independent journalism in public interest. Both workshops were part of the Action Time Forum held by BlueLink on November 21, 2014 in Sofia’s Red House for Culture and Debate. Representatives of civil organizations and groups, sharing the mission, goals and values of BlueLink, journalists with high ethical and professional stand, as well as leading analysts of freedom of speech, the internet and media regulation, took part in the workshops. Analytical reports containing the outcomes from the two workshops are available on http://www.bluelink.net/vremezadeystvie2014.

This strategy consists of three elements: Contextual Framework summarizing the social, political and civic problems in Bulgaria that BlueLink engages with by the time of preparation of this strategy; Key Action Areas (KAA) of the foundation for the coming programming period; and a description of BlueLink’s team.

The present working strategy defines the areas of activity of BlueLink for programming period 2014-2017. The strategy provides a frame within which particular steps, activities and projects will be implemented by the foundation. With their help its Executive Board and operational team will work to achieve BlueLink’s constitutional goals:

• TO HELP WITH THE PREVENTION AND CONSERVATION OF THE ENVIRONMENT;
• TO FOSTER THE DEVELOPMENT OF DEMOCRACY AND CIVIL SOCIETY;
• TO FASCILITATE THE ESTABLISHING OF UNITED EUROPE’S NORMS AND VALUES IN BULGARIA;
• TO ENCOURAGE THE DEVELOPMENT, EFFICIENCY AND SYNERGY OF THE NON-FOR-PROFIT SECTOR;
• TO CREATE AN INDIPENDENT FORUM FOR FREE EXCHANGE OF INFORMATION, LINKED TO THE GOALS OF THE FOUNDATION; and
•  TO HELP CONNECTING IN AN ELECTRONIC NETWORK THE NGOS AND OTHER ACTORSS IN CIVIL SOCIETY PROCESSES.

Contextual framework of this strategy 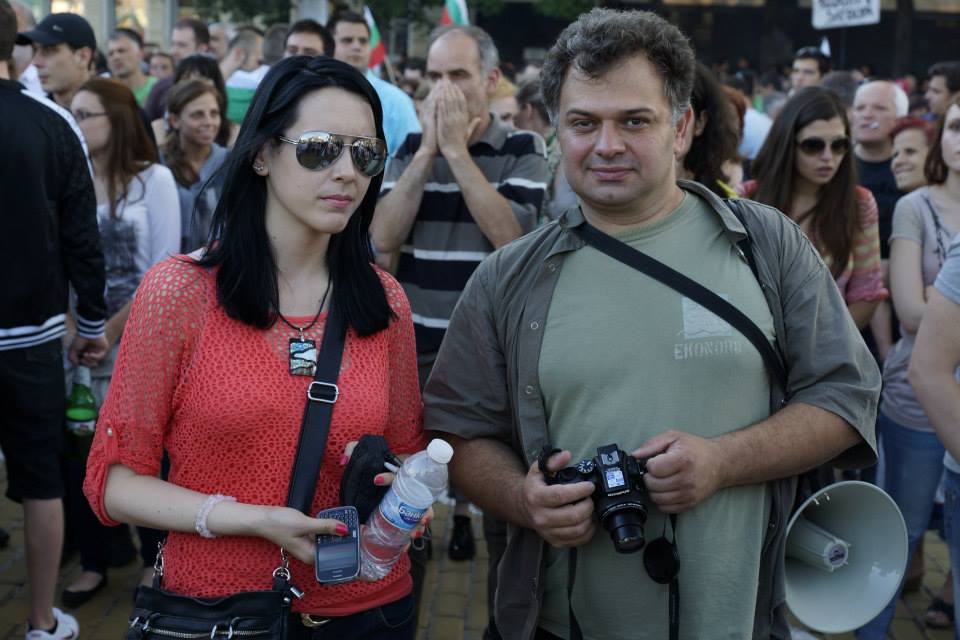 Bulgaria is suffering from heavy democratic deficit. It transpires in all sectors of the society: government, party politics, mass media, civil liberties, as well as in the state of the civil society.  Corporate and business interests often linked to security agencies and criminal structures, dominate the public field. Their grip of government, economics and the media is tight. A lack of transparency, corruption, ruthless personal profiteering, and lack of accountability to the public interest mark state governance, the judiciary and the security apparatus, and the public sphere in general. The legal and administrative framework and the imposed corporate, state and municipal practices serve primarily for fast accumulation of profit, without concern for the interests of the citizens and a sustainable development of the society.

In these circumstances civil society is often seen as the last obstacle on the way of these negative trends. The environmental protests at  Sofia’s  Eagles’ Bridge in 2012 emerged into a wave of public discontent which led to the fall of Boyko Borissov’s cabinet in 2013. Soon after, in the summer of the same year, it escalated against the ruthless anti-European practices of the following cabinet led by Prime Minister Plamen Oresharski. The appointment by Parliament of the compromised figure of alleged media oligarch Delyan Peevski as Director of the State Agency for National Security triggered mass discontent which lasted for about a year, until new elections were called.

The public’s growing intolerance to nepotism and articulated will for cleansing of the public climate, demonstrated by the protests, is a reassuring indicator of positive social change.  Unfortunately hitherto the damaged democratic mechanisms of the country prevent the transferring of the public’s demands for reforms onto government, policies and legislation. The resources of the political and economic status quo are put to use to counter civic pressure for change. Genuine civil society structures and processes defending public interest are replaced by fabricated duplicates ad quasi-civic formations which serve subversive economic and political interests. The same interests consolidate their media ownership and use it to undermine European values - tolerance, pluralism, legality and protection of nature in general, and to slander the environmental movement in particular, as well as any other remaining areas of democratic moral. Mainstream mass media impose a mass culture that weakens and systematically eliminates critical thinking and active civil participation. This is paralleled by weakened rule of law, deepening social inequality, advancing extremism, hatred, nationalism, racism, xenophobia, intolerance and violations of individual and minority rights, and deteriorating environmental quality, health and education.

Distinct trends and problems, identified by BlueLink’s founders for the purpose of this strategy include: 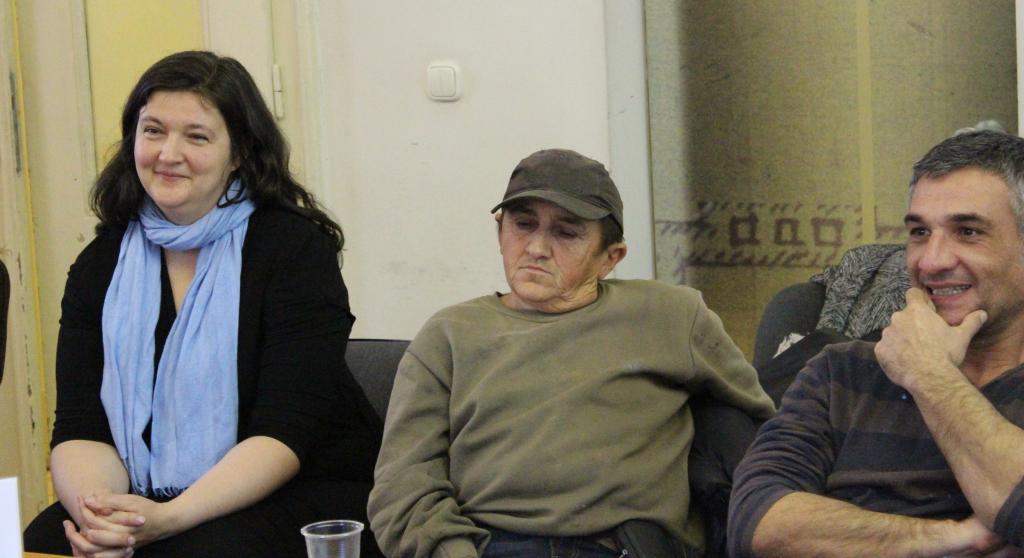 - Individual citizens and society
• lack of a critical mass of public demand for real changes to resolve the aforementioned problems;
• pressure against and replacement of  key pro-democratic factors in society – we have protests and ‘counter-protests’, media and ‘baton’-media (a term, used to describe the increased practice of mass media as tools for racketeering business and political opponents by their mafia-like owners), environmental and quasi-environmental organizations, etc.;
• undermined trust in democratic institutions makes protests and street pressure appear to many citizens as the only available resort for access to decision making and having their voice heard ;
• intensifying  extremism, confrontation and growing hatred in the society;

- Third sector, civil society, education
• deficit of democratic and environmental education for the youngest
• lack of engagement with environmental and democratic causes among young people and absence of the sense among the citizens for opportunity to influence society and the state;
• lack of understanding and know-how on how to develop the role of the NGO sector as a valuable support and strong pillar for a well-functioning society
• counterproductive and even harmful regimes of civic participation, introduced by various institutions,  marked by formal approaches and intentionally malformed rules which make participation meaningless, and polluting it with superficial , commercialized,  inactive, anti-civic structures that comply with dominant political and economic interests;

- Democracy, governance and rule of law
• undermining the trust in the European Union and the norms of united Europe across society, and promotion of non-democratic, (unprogressive and inhuman) models of governance;
• refusal of national and local authorities to abide by law and enforce it;

- Control, monitoring, reinforcement
• preventing citizens and civic structure from effective part-taking  in legislative initiative - their initiatives depend on the ‘mediation’ of political and administrative actors who change and deform legal and policy frameworks in favour of invertor capital and quick private profits;
• lack of reinforcement of laws because of lack of power of institutions;

- Media
• televising’ the society - in the negative notion, defined by Pierre Bourdieu (On Journalism, 1998, of replacing authority figures in the areas of politics, democratic government, science, civil society, etc., by ‘television personas’ and opinion leaders systematically imposed through TV and media appearances, who impose uncritical attitude to the status quo; e
• decreasing ability of mass media to play their watchdog role - shrinking of the field of quality journalism in public interest;

- Sustainable economic development and mechanisms to reach this
• imposing dominating monetary and business values over other societal priorities – including displacement of feminist, environmentalist, humanist or democratic norms; striving for short term profit rather than long term sustainable measures.
• a dysfunctional market, dominated by monopolies, administrative interference, lack of justice and corruption;
• deficit of democratic culture and values, including rising tolerance to corruptions, profiteering, nepotism and deceit of public interest by politicians, state officials and the business;

To overcome the problems listed above, and in view of the specifics, history and expert potential of BlueLink, the foundation’s founders identified the following key 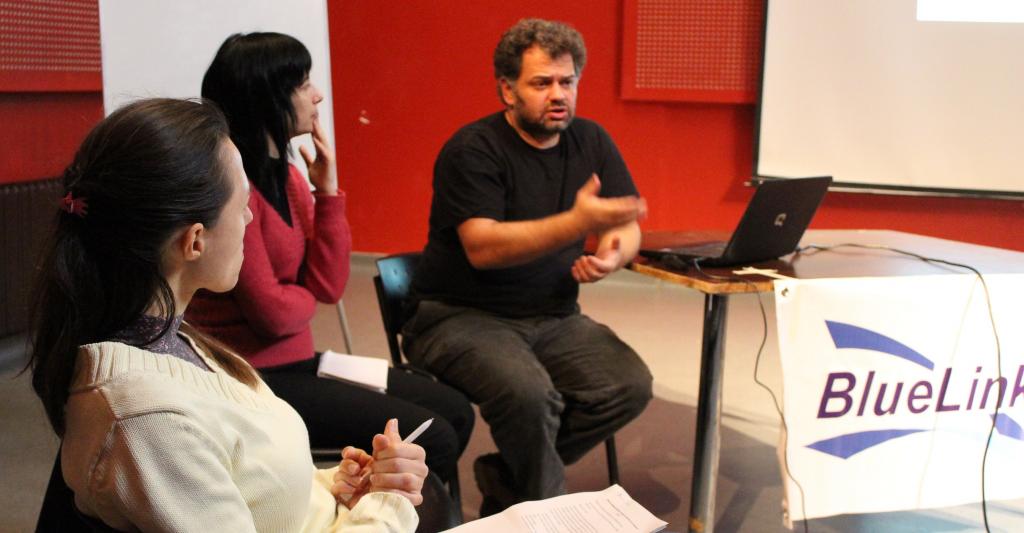 1.1 Support and development of the social-networking functionality of www.bluelink.ent and the rest of the electronic services of  the network BlueLink.net;
1.2 Maintenance and development of new e-instruments like Signali.bg, e-thresher etc.; and
1.3 Network support, consolidating and think-tank functions based on the core environmental organizations and groups from the BlueLink community. Among them are: social analyses and analyses aimed at the development of policies and proposals for regulations and changes in existing regulations; formation of working groups; conduct of joint processes and events; identifying and searching for innovative networking solutions; online security; freedom of the internet, etc.;

KAA 2. Electronic services, communications and conceptual support for new target groups of active citizens and citizen initiatives. The new groups work in the areas of support for democracy, free speech, human rights, minorities and the application of European values in Bulgaria. The accompanying activities include:

2.1 Support of social exchange and networking features at www.bluelink.net for this target group of users;
2.2 Support and development of the existing and new e-instruments, responding to the needs of this target group, which are not adequately addressed by the existing service providers and the support for them;
2.3 Support and development of new thematic e-instruments for civic activity and civic participation like Signali.bg, Extractive and Energy Industry Watch; and
2.4 networking, consolidating and think-tank functions for the members of this target group, as in 1.4

KAA 3. Support of civic participation in government decision and policy making. Including:

KAA 4.  Electronic platform and editorial operations leading to the creation of an independent civic mass medium and support for the democratic function of 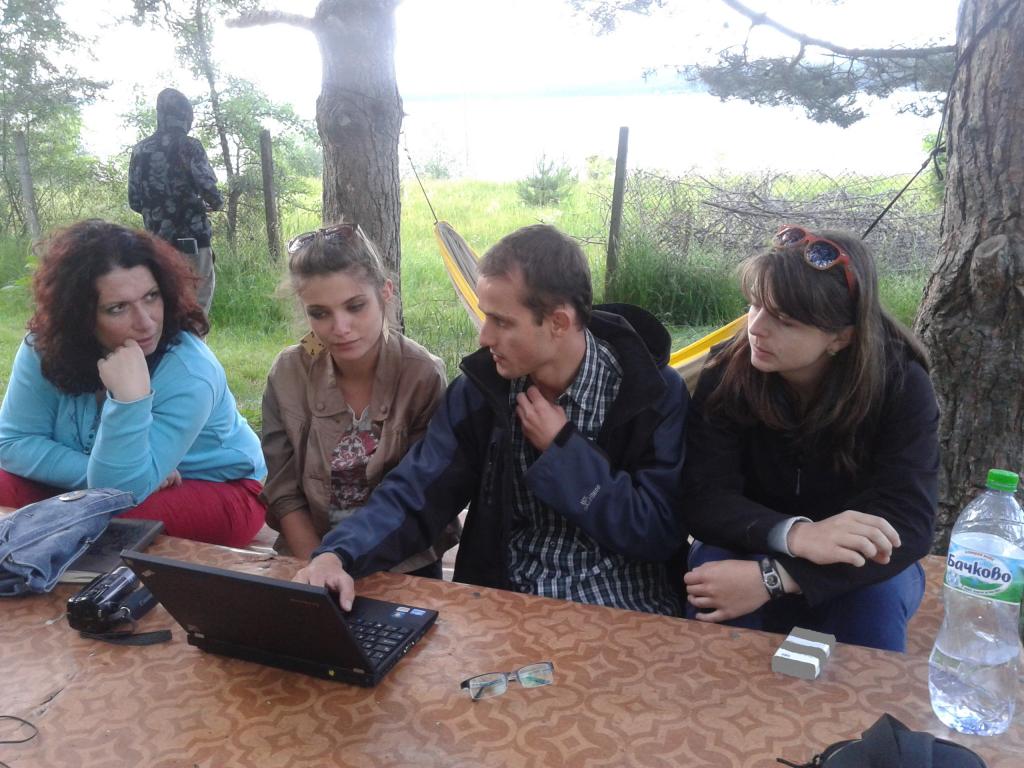 journalism. This KAA include active and purposeful action on the media component of BlueLink‘s work. IT is developed with the consciousness that it might lead to the launching of an independent media product with an identity and nature of its own – such as Evromegdan.bg. Activities include:

4.1 Development of editorial policy, based on the classic professional and ethical principles, requirements and formats of quality journalism, such as the one applied by The Guardian in print and the BBC among  electronic media, while applying technological and creative innovation;
4.2 Refining editorial policy and furthering the existing editorial practice of Evromegdan.bg (photo above – editorial training);
4.3 Identifying journalists who are keen to work up to high professional standard and build their capacity;
4.4 Creating a base editorial team and production of editorial content which will be distributed through partners print, internet and electronic media who respect its editorial independence;
4.5 Funding and preparation of own media channel – print and/ or electronic; and
4.6 Analytical, conceptual, technical and other support to independent, critical journalism in public interest, including civic control over the use of European and public funds for the media.

To implement the KAAs a cohesive and dynamic team will be formed at BlueLink. It will work under the guidance of the Executive editor. Guidelines for the formation and the activities of the team include:
- full awareness and participation on behalf of the members of the team in planning and implementing  the actions;
- transparency, openness and loyalty to the framework of values of BlueLink, set by the foundation founders;
- trust and mutual respect between the members of the team;
- open cooperation with the founders of BlueLink and the Board who are strategic leaders of the organization; and
- safeguarding of the independence and autonomy of the editorial team from outside and inside forms of pressure and influence outside of the approved editorial structures.