Developing carbon neutrality policies in line with European climate legislation will help our country cope with climate-induced natural disasters and improve business and investment opportunities as well as people's health and quality of life, experts in the field of climate, energy and economics agreed. They discussed the challenges and opportunities at the seminar for journalists dedicated to the topic "Possible solutions to energy problems and overcoming climate challenges" held on 10-11 February 2022 near the village of Kladnitsa. The event was organised by the BlueLink Foundation in partnership with the Deputy Prime Minister for Climate Policy Borislav Sandov, as part of BlueLink's efforts to improve public understanding and support for more effective climate legislation in Bulgaria, supported by the European Climate Foundation.

Climate policy is a priority for the Bulgarian government, as it is for the EU, the UN and the OECD, and strong policies and decisive actions are needed to adapt and reduce the negative effects of climate change, said the Deputy Prime Minister for Climate Policy and Minister of the Environment and Water Borislav Sandov during the event. "In order to reach the goal of reducing greenhouse gases by 55% by 2030 and to become carbon neutral by 2050, concrete actions are needed now; otherwise, all of our policies do not make sense", Sandov said. He commented that reducing emissions is extremely important for ensuring the security of citizens, including from natural disasters caused by climate change.

Sandov stressed that renewable energy sources, especially photovoltaic and wind power plants, are a good opportunity for Bulgaria to ensure its energy independence and to adapt to climate change. Coal can still remain part of the energy mix, but only at times of the year when it’s needed. It is important that consumers of electricity are not just consumers but also have the opportunity to produce energy that they return to the electricity grid. Sandov noted as an example that the measure to replace heating appliances should be supported by the installation of solar panels. The minister will advocate this idea during an upcoming meeting in Brussels next week to agree on the framework for the new "Environment" program for the period 2021-2027. 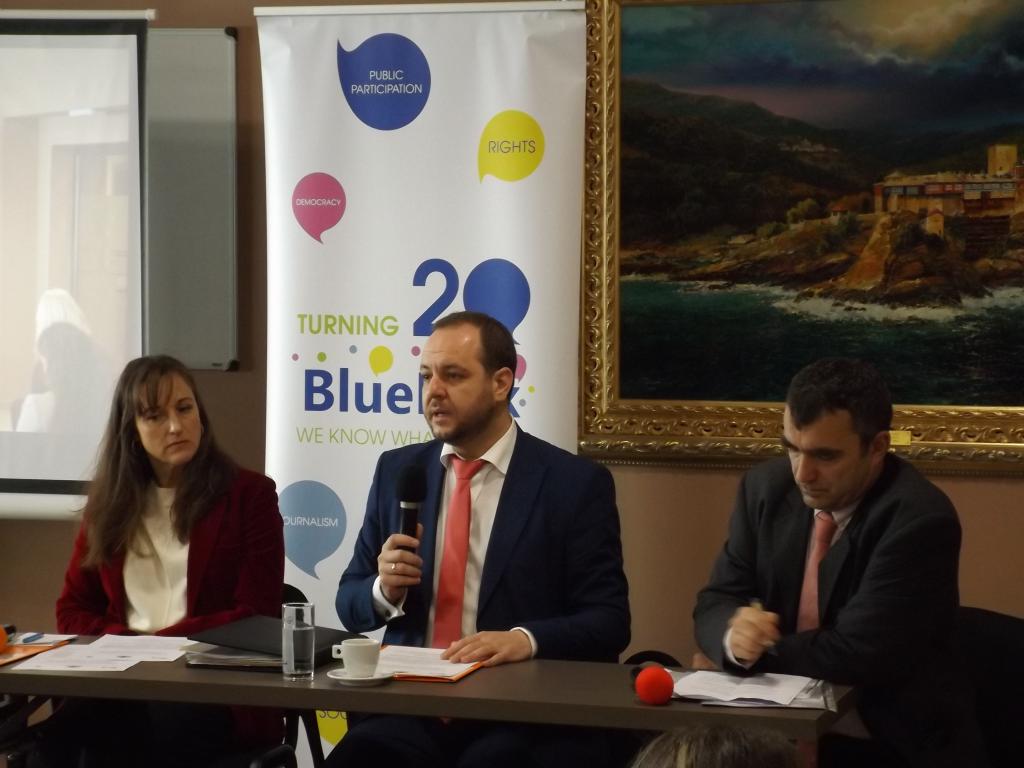 Adapting and reducing the negative impacts of climate change requires mandatory cooperation between different ministries and institutions, Sandov said. In cooperation with the Ministry of Agriculture, a mass campaign for forest protection and restoration is being discussed as well, which will also contribute to reducing high levels of air pollution.

For climate scientists, it is clear that if we do not reduce the negative effects of climate change, we will increasingly experience problems such as fires, droughts and floods, said Erica Hope, Policy Director at the European Climate Foundation. While Europe's main goal is to achieve zero emissions by the middle of the century, Bulgaria has not yet taken steps that are as decisive in this area as other EU member states. "There is still time for Bulgaria, and efforts to reduce emissions will lead to an increase in people's quality of life and business opportunities in the country", Hope said.

"Climate change is one of the few challenges that unites people, businesses and politicians globally. But apart from being a problem, it is also an opportunity for a better future for energy, the economy and society as a whole", said Georgi Stefanov, head of the office of the Deputy Prime Minister for Climate Policy and longtime expert in the field of climate.

Bulgaria's law on climate change mitigation must introduce national climate targets by 2030 or 2050 and conditions to ensure that policy development is in line with the achievement of these targets, said Plamen Peev, senior expert on green policies at BlueLink. The law should create a clear conceptual framework for planning by introducing principles, procedures and specific objectives from strategic documents in the field of climate and energy, said Peev, who presented a comparative analysis of Bulgarian legislation and European climate law prepared by BlueLink.

Bulgarian law lacks specific goals and steps to reduce emissions, and the omission of carbon neutrality as a goal is a huge loss for the Bulgarian economy, said Julian Popov, advisor to the European Climate Foundation and former caretaker Minister of the Environment and Water. "Apart from our morals and our commitment to the security of citizens and the protection of the environment, we must also keep in mind industry and the economy. At the heart of this process should be a clear and structured climate law", Popov added.

Climate policies as a business opportunity

Renewable energy sources can be an excellent opportunity for businesses and households, but measures are needed to facilitate their use, experts at the event said.

Energy transformation will be successful only if it is fair and if it benefits everyone in the three main areas of sustainable development — economic, social and environmental, said Todor Todorov from the environmental association For the Earth. "We are already convinced that the more the decisions on this transition are postponed, the more painful and severe the social consequences will be after the measures imposed by economic logic". 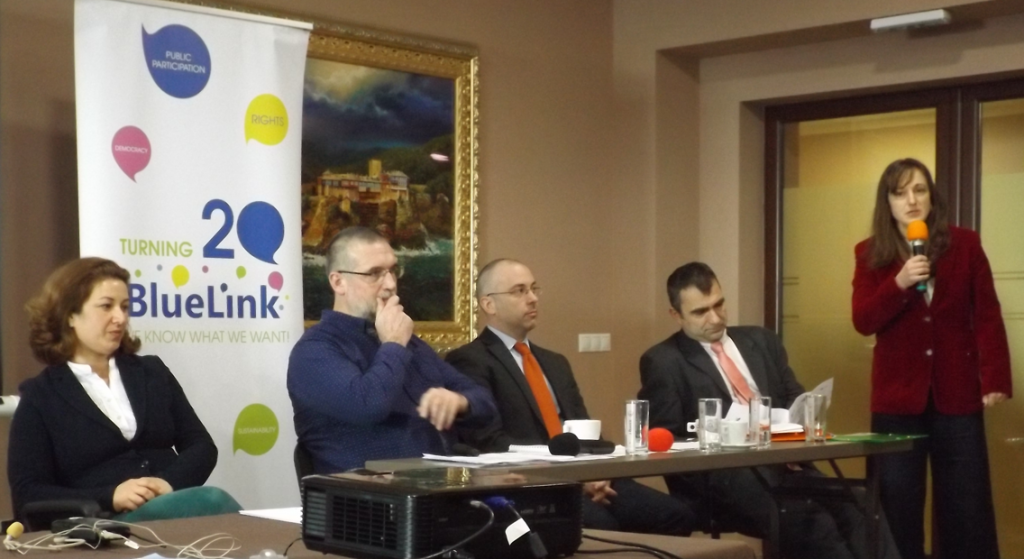 Energy poverty is a widespread problem throughout Europe. Through the Electricity Directive 2019, the European Commission has obliged member states to develop their own definitions of energy poverty and policies to address the problem. However, this has not been done in our country yet, said Mincho Benov, National Director of Habitat Bulgaria. In our country, about 39% of people do not have the opportunity to adequately heat their homes, compared to the EU average of 7%, the expert stressed.

There is a visible connection between the escalation of climate change and the pursuit of economic growth, said Dimitar Sabev, an economist at the Institute for Economic Research at the Bulgarian Academy of Sciences. "However, once we reach a turning point, climate change becomes spontaneous", the expert reminded. Climate is a complex system, as is the economy. According to Sabev, it is imperative that the discussion on climate grows into a discussion on economic growth.
Is it possible to become "green" by working to limit climate change while pursuing growth in gross domestic product? "The answer is no. Not only do we need technological change but also a new model for the development of society and the economy", said Sabev.

Bulgaria is one of the ideal examples that show that renewable energy sources are a good business opportunity, said Malinka Nikolova, chairwoman of the Bulgarian Solar Association. She refuted the primary myths surrounding renewables that contribute to scepticism about green energy opportunities.

However, it is extremely difficult for households in Bulgaria to install their own solar installations, as the process requires a number of permits and a considerable financial investment on their part, said Balin Balinov from Greenpeace - Bulgaria.

Energy storage in our country is a very attractive opportunity, and there are different methods for this, said Mariana Yaneva, Director of Policy and Communications at the Association for Production, Storage and Trade in Electricity. Decarbonisation is a key factor for foreign investment in our country, and the use of renewable energy sources leads to lower prices and more jobs.

"It is more important to preserve nature than to allow indiscriminate construction", said Angel Zhilanov, mayor of Gorna Malina, who presented the municipality's green vision. Among the positive examples, there are initiatives for forest protection, waste management and support for organic farming. Local communities play an important role in green development, and environmental education should begin in kindergartens and schools, said Zhilanov.

There is a good practice in support of a green future in Pernik, where a solar laboratory for heat technicians has been established at the Hristo Botev Vocational School of Engineering and Energy in cooperation with Greenpeace - Bulgaria. "Pernik can be a successful example of a fair energy transition", believes Todor Todorov from For the Earth. 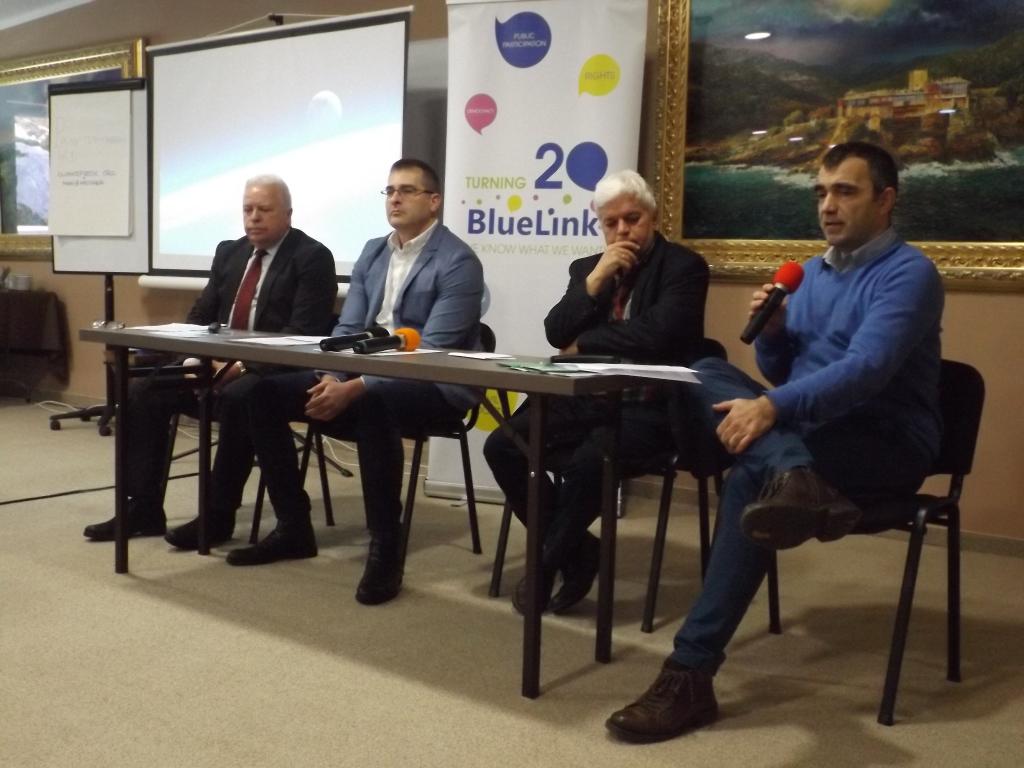 The mayors' global agreement on climate and energy can help municipalities on the path to carbon neutrality through good examples, said Mila Dimitrova, senior climate and energy expert at WWF. The Green Pact should not be seen as a threat, but an opportunity for a fair transition for all, she added.

Over the past year, BlueLink has been working to improve public understanding and support for more effective climate legislation in Bulgaria, with the support of the European Climate Foundation, by promoting dialogue between civil society representatives in various fields and seeking intersections between climate policies and the benefits of limiting climate change for civil and social causes.

This article was prepared within the project “Expanding support for European climate law in Bulgaria”, implemented by BlueLink with financial support from the European Climate Foundation.

In order to keep supporting the strtategic use of information and telecommunication technologies and the internet by civil society, for the sake of nature protection, common European values and democracy, we need to be independent. You can support BlueLink by making a donation to the BlueLink Foundation or becoming a volunteer to help our activities. Learn more about BlueLink's mission, vision and activities here.