Editorial workshop for journalism in public interest in Bulgaria, March 14 – 16, 2014

Twenty five young and active Bulgarian journalists took part in an Editorial Workshop held by BlueLink.net on March 14 – 16, 2014. The purpose of the workshops was to develop practical skills in investigative reporting and feature story writing on issues of public interest such as nature protection, law enforcement, good governance, public participation, and corruption. The Editorial Workshop was part of a 20 months long series of activities implemented by BlueLink.net with the financial support of the NGOs Support Programme for Bulgaria of the Financial Mechanism of the European Economic Area (EEA).
A team of international journalists and trainers facilitated the workshop which took place in the town of Samokov on the boundary of Bulgaria’s Rila National Park. These were: former BBC and Financial Times reporter Kieran Cooke of the Climate News Network, UK; Arctic Monitor editor John Bennet, USA; and BlueLink’s executive editor Pavel P Antonov, formerly a chief editor of Green Horizon in Hungary. Participants were selected among journalism students of two universities in Sofia, as well as practicing journalists from across Bulgaria. The workshop was implemented in partnership with Radio Reakcia – an online students radio station hosted by the Sofia University’s Faculty of Journalism and Mass Communications.

After an official opening at the Faculty’s historic building in Sofia’s city centre, the workshop participants moved to the town of Samokov, some 45 km south-east from the capital, in the vicinity of Rila Mountain – one of Bulgaria’s three national parks. There journalists and trainers alike worked to establish the best practices, techniques and ethical principles of quality journalism in public interest. The trainers shared experience with and knowledge of the working standards applied in leading international publications such as the BBC, Financial Times, the Guardian and New York Times. 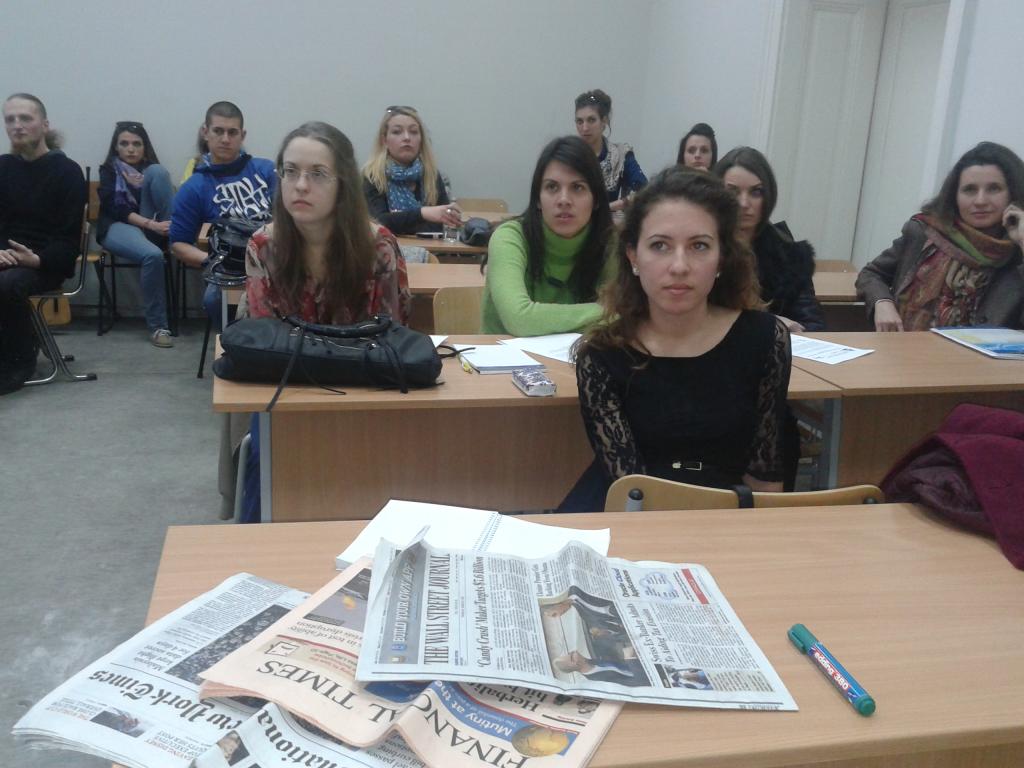 nt of the workshop designated to environmental reporting involved field investigation of an existing environmental issue: the ongoing construction of a micro hydropower plant on the Levi Iskar river, just off the National Park’s Boarder. Representatives of environmental organisations, the state River Basin authority as well as the business investor in the project were interviewed by participants. They then analysed the available sources, collected additional information, and produced trial feature stories, each of which was individually reviewed and assessed by the trainers. The hands-on workshop component was implemented with the help of the Earth Journalism Network (EJN) of Internews.
Following the Editorial Workshop, BlueLink.net is launching a virtual newsroom where independent journalists investigate issues of public interest in fields such as nature protection, human rights, women and gender rights, corruption, good governance,   failures of environmental law enforcement and public participation. In Partnership with EJN, Climate News Network, UK and others, BlueLink.net enhances journalism in public interest and freedom of speech in Bulgaria by strengthening professional skills and promoting high professional and ethical norms of journalism. The network facilitates journalists’ cooperation and engagement with civil society and social movements, use of independent expertise and interactive IT tools for quality reporting and storytelling, in partnership with The Guardian Foundation, UK.

One of the pioneers of civil society e-networking in Bulgaria since 1998, BlueLink.net is an established hub of coordination, exchange of information and information technology innovation among environmental civil society organisations (CSOs) and groups. Some of Bulgaria’s most active and reputable environmental groups are among BlueLink’s founders. State authorities, such as the Ministry of Environment and Waters and the Forest Agency have partnered with BlueLink in securing CSO participation.
BlueLink’s mission is to improve democracy and protect nature and human rights by strengthening civil society. The network’s founders have identified the lack of independent quality journalism as one of the primary shortcomings of environmental democracy in Bulgaria. This is why over the past 2 years BlueLink has partnered with the Sofia University’s Faculty of Journalism, the Guardian Foundation, UK, and others, to build the skills and capacity of young journalists to investigate and cover issues of nature protection, sustainable development and public interest.