How to find 1000 free beds for tourists in a municipality without a single guest house or hotel and can a former concentration camp become a tourist attraction? Answers to these and other questions were found by BlueLink experts, together with representatives of the municipalities, business and local people in Belene and Gulyantsi, Bulgaria. On September 2 and 3, 2021, we held workshops in both municipalities that aimed to identify ways to use the rich but still little known cultural and historical heritage in the region, and to create new opportunities for tourism and business.

The visit of the two municipalities was attended by BlueLink’s executive editor Pavel Antonov, the director of the Institute for Analysis and Evaluation in Tourism, assoc. prof. Rumen Draganov, the executive director of the Association of Danube River Municipalities "Danube" Maria Tsankova, and researchers Zoya Mikova and Gavrail Gavrailov. Their research trip and meetings with local communities were part of the implementation of the project “DANube Urban Brand + Building Regional and Local Resilience through the Valorization of Danube’s Cultural Heritage (DANUrB+)”.

The project is implemented by a partner consortium within the EU Danube Transnational Cooperation Program 2014-2020 and includes partners from 6 Danube countries (Bulgaria, Romania, Serbia, Hungary, Croatia and Slovakia). Its main goal is to improve the quality of life and the demand for tourist services in the peripheral regions of the Danube in order to stop the depopulation of settlements in the region by promoting the sustainable use of cultural heritage and resources in the Danube communities. The Association of Danube River Municipalities is an associated partner in the project.

Milen Dulev, mayor of Belene, proudly pointed out the progress of tourism initiatives in the municipality, where there is already a hotel and guest houses. The Catholic church in the city is a traditional center for pilgrimage tourism.

"This is the largest Danube island, the only nature park on the Danube - Persina Nature Park, the only remaining camp from the socialist times, the only Catholic bishop who became blessed in the Catholic faith since 1999, proclaimed by Pope John Paul", Dulev added.

"We promote the city through various channels - with the help of the Internet and print media, the tourist exchanges in which we can participate, so in the city with each passing period and each passing summer tourists increase and see the beauty of our community", said the mayor.

Lachezar Yakov, mayor of Gulyantsi, pointed out tourism as a good opportunity for the municipality and local people and expressed readiness for its implementation.

Maria Tsankova defined cultural-historical and adventure tourism as ones with the greatest potential for all Danube municipalities. "What is extra for the municipality of Belene is the opportunity for the camp to be developed as a place of remembrance. Of course, organizing festivals, events for living history, in order to attract more tourists and create interest”, Tsankova said.

She also gave as an example the development of sport fishing, nature tourism and ecosystem services. She explained that various stakeholders take part - the municipal administration, park managers and regional history museums, which are responsible for cultural and historical sites.

"Business is also a very important element for the development of tourism such as hotels, food production, restaurants. In all development plans, tourism is defined as a priority area, and local communities and authorities are very enthusiastic because they realize that this is a potential for the local economy”,Tsankova added.

"It is exciting when before our eyes are formed business ideas and initiatives that respect and preserve the cultural and historical heritage", said Pavel Antonov, who is not only a co-founder of the Blulink Foundation but also a heir of local people in the region. According to him, the presence of one of the best preserved Vlach linguistic and cultural communities in Bulgaria is among the greatest treasures of the region. Antonov is the heir of local people from the village of Milkovitsa, where some of the bold ideas for tourism in the region came from. 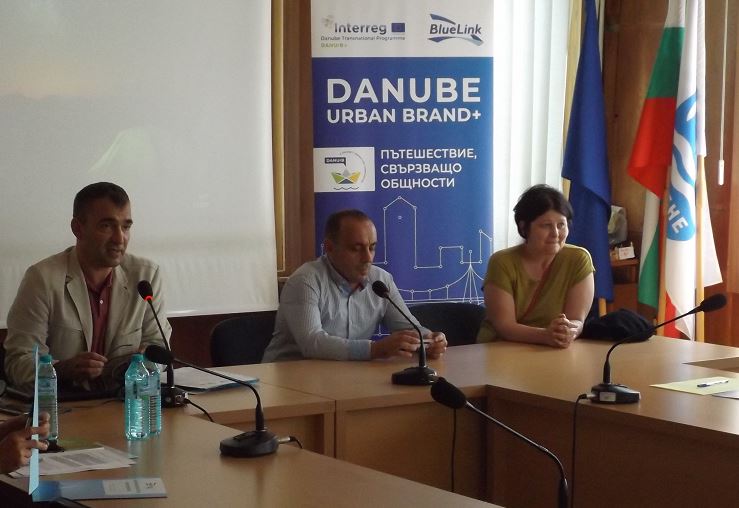 The uniqueness and integrity of this region is a gold mine that can attract thousands of tourists, said Rumen Draganov, who is also secretary of the Bulgarian Tourist Union. He warned local people about the danger of pseudo "investors" who come to make a quick profit and rob local assets. Draganov believes that the locals are the ones who should take advantage of the resources, because everyone who earns the money elsewhere and spends it in Gulyantsi improves the local economy.

He gave as an example the opportunity to show the culture of cultivation of different crops, animal husbandry or production of products and culinary tourism. "It is necessary for the locals to agree to receive tourists in the existing available accommodation", Draganov explained. According to him, the most appropriate form of joint business of local people is described in the Law on Cooperatives, with the possibilities to share the available resources by anyone who wants to develop and profit from tourism.

Examples of sustainable local tourism in the Danube tourist region, applicable to the local context in the municipality of Belene, were presented by Gavrail Gavrailov, editor-in-chief of a platform for promoting rural and alternative tourism ruralbalkans.com and an expert in social entrepreneurship. According to him, it is possible that such an ominous relic as the Belene concentration camp has the potential as a tourist attraction. "In order to change the perception of the place, we need to change its energy. An alternative is to create new art forms. Of course, this should be part of the will of the local community, because they largely see it as a place of terror, and the future should be with more positive energy”, Gavrailov said.

A local traditional song, sung by the local historian Zoya Mikova from the Association "Unknown - Plovdiv", demonstrated the potential of the cultural heritage. She is a lecturer and author of a book and research on the Bulgarian and Vlach musical and cultural heritage in the village of Milkovitsa. Loaded with energy and ideas, the participants exchanged experiences and good practices.