Action Time 2019: Together against the New Walls

A civil society forum in Sofia proposed effective steps to break new walls around access to justice and civic participation, and to overcome pressure against environmental and human defenders. The event took place on October 17, 2019 in the House of Europe in Sofia.

The Action Time Forum’s 2019 edition was dedicated to the 30th anniversary of the events of 1989, which marked the end of authoritarian regimes and set Bulgaria and the countries of Eastern and Central Europe on track for a free pro-European civic democratic development. \

The forum was supported by the European network Justice and Environment as part of its regional activities  funded by the EU's LIFE NGO Grants program, and by the BlueLink Foundation.

As part of the forum civic experts and activists, analysts and representatives of government institutions examined  pressing problems for civic participation, and listed possible solutions to overcome them. This process was structured along four thematic roundtables devoted respectively to: environmental assessments as a tool for civic participation; improvement of citizens' access to justice; overcoming pressure against civil sector; and decisions based on the shared values and identity of democratic civil society. Details about the content of each roundtable discussion are provided below.

Experts, environment defenders  and representatives of the Ministry of Environment and Water (MOEW) analysed the most serious problems in the practice of environmental assessment in Bulgaria. The Environmental Impact Assessment (EIA) procedure’s primary purpose is to provide consideration and comparison of all possible means of environmental protection and to lead to the best decision for this purpose. Instead, in its current form, the EIA is turning into a permitting regime for large investment plans, and is not fulfilling its purpose, the participants concluded. 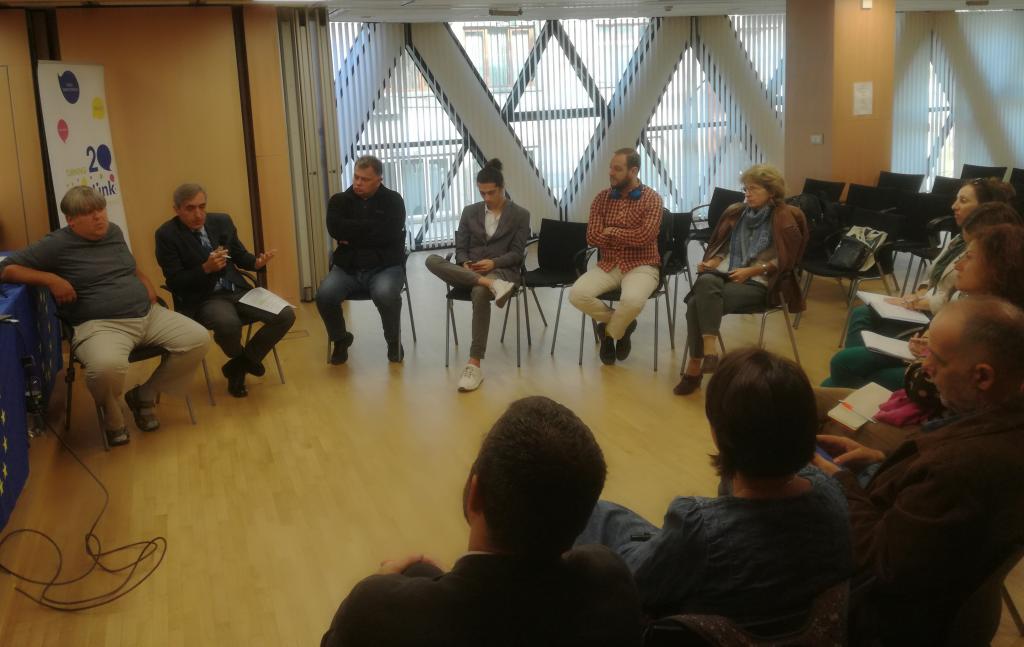 "Instead of supporting decision-making, the EIA does not even perform its function of at least being an adequate authorization regime, because the precautionary principle is not respected," commented the expert of the Balkani Wildlife Society Andrey Kovachev. Kovachev is a former representative of civil organizations in the Supreme Environmental Expert Council (SEEC) in charge of EIA at the Ministry of Environment and Waters (MOEW) during 1998 - 2010. In its current format the participation of civil representatives in the SEEC and similar MOEW councils cannot have a significant impact on the final decisions, Kovachev said. The members of these councils are mainly representatives of the administration and do not have the freedom to make decisions on scientific or expert grounds.

Kovachev also outlined another worrying trend: in Bulgaria EIA reports are prepared by experts hired by the investors, which implies dependence on business interests and low expert quality of reports. Participants learned about good practices from the experience of the Netherlands where EIA reports and other evaluations are assigned to experts from an independent institute set up specifically for this purpose.

Another range of issues discussed concerns the pre-emptive implementation of positive EIA decisions challenged in court. When allowing such preliminary enaction of permits,  courts cannot independently assess the facts of possible adverse effects on the environment - which is contrary to the principles laid by the Aarhus Convention of the United Nations Economic Commission for Europe. The Convention guarantees access to information and justice and guarantees public participation in environmental decision-making and has been in force in Bulgaria and the EU since 2001. Legislators and judiciary should implement the Convention, which is part of Bulgarian law, participants recommended.

Silvia Dimitrova, Director of the Environmental Assessments, EIA and Pollution Prevention Directorate at the MOEW, presented the ministry's point of view on the implementation of environmental assessments and emphasized that her directorate works strictly in compliance with the legislation and in dialogue with NGOs. According to Dimitrova, public participation is important but should not be a hindrance to procedures. The government expert agreed that the independence and quality of environmental assessment experts' reports is a problem, but stated that is the legal state of affairs.

According to Dimitrova, in the process of their work the MOEW experts see gaps and malfunctioning mechanisms in the procedures and seek to improve the relevant regulations - e.g. on EIA.

Possible measures to advocate for and improve access to environmental justice were discussed by environmental and legal experts during a roundtable held in partnership with the Access to Justice program of the Environmental Association Za Zemiata/For the Earth. Participants identified the following major issues: 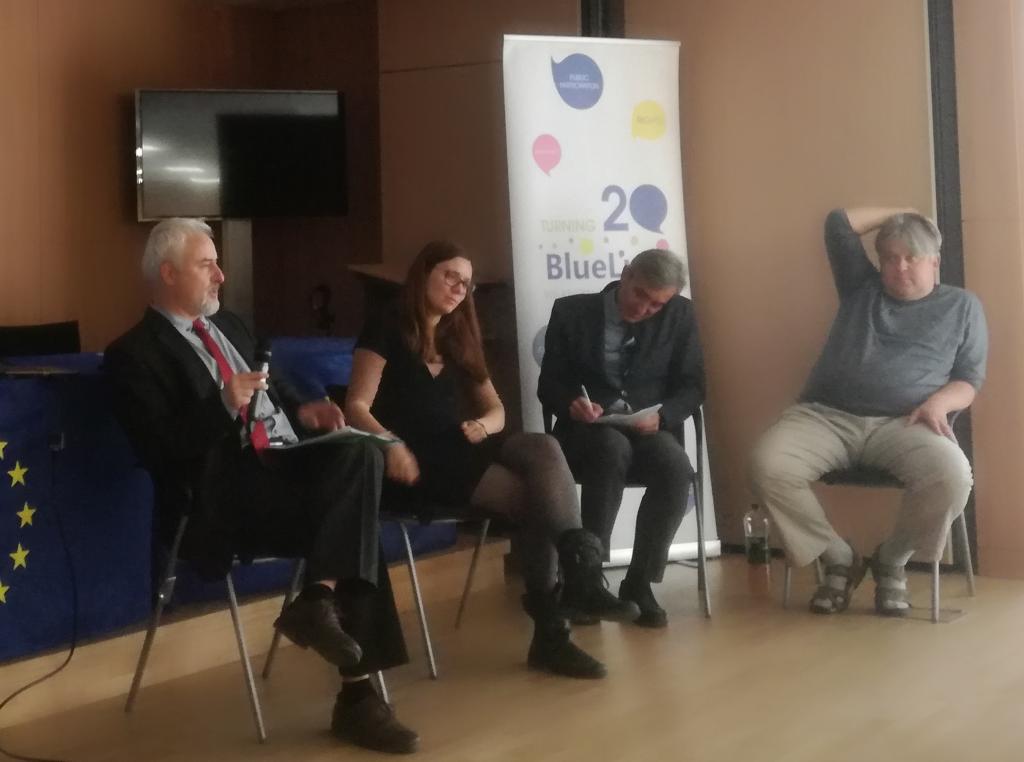 Regina Stoilova, a legal counselor for Za Zemiata and Greenpeace Bulgaria, described problems experienced by citizens and NGOs appealing municipal clean air programs. Unlike most European countries where citizens have a legitimate interest in such appeals, the practice in Bulgaria is very restrictive. Denied access to justice on such important acts is a major problem, as it annuls the constitutional right of citizens to a healthy environment, Stoilova stressed.

Alexander Kashamov of the Access to Information Program defined the dismissal of the second instance for appealing the acts of the administrative bodies as a “peculiar sanction against civil society”. Kashumov observed that following the restrictive legislative changes in 2018 cases of access to information have been moving faster. Compared to countries like Germany and Ukraine, where the period for appeal is 1 year, the term set Bulgaria it is very short, Kashumov said.

Civil society organizations and activists operating in different fields are subject to similar forms of pressure. They target organizations and activists working in: support of environmental protection; access to justice; women's and gender rights; and ethnic minorities, among others. During the thematic roundtable at the Action Time Forum, affected participants shared their experiences and exchanged proposals to overcome the increasing pressure on democratic civil society.

Enhanced solidarity among activists, even if they are defending different principal causes is essential, Dr. Emilia Slavova recommended. Slavova, a lecturer at the Sofia University, presented the outcomes of an BlueLink assessment of online pressure and hate speech against civic organizations and activists. The report was produced as part of BlueLink’s research project entitled "Free Speech Vs Hate Speech: Online security for Environmental, gender and human rights activists in Bulgaria" and funded by a grant of the Association for Progressive Communications. "We must not allow defense of free speech to serve as an excuse for hate speech", Slavova highlighted.

Nadezhda Dermendzhieva of the Bulgarian Fund for Women shared negative experiences from a 2018 offensive which prevented Bulgaria's ratification of the Council of Europe Convention on Prevention and Combating Violence against Women and Domestic Violence. Dermendzhieva revealed that strikes against NGOs in different fields come from the same sources and suggested that therefore a common counter-mechanism is needed. Such a mechanism should make visible and understandable the universal human values of a democratic civil society, she said. In the future, discussions on these issues need to involve universities, scholars and a wide range of experts,rather than be an arena for political infighhting,  Radoslav Stoyanov of the Bulgarian Helsinki Committee recommended.

Intensifying attacks from the same origin make it imperative for affected civic organizations to carefully look into what connects them and what becomes a common goal. Their representatives addressed issues around their shared value identity and their interaction with the state, business and the media.

Interactive tools are needed to reach more citizens and support their dialogue with public authorities, said Krasimir Bozhanov, director of the Modernization of the Administration Directorate at Bulgaria’s Council of Ministers, who also took part in the discussion. 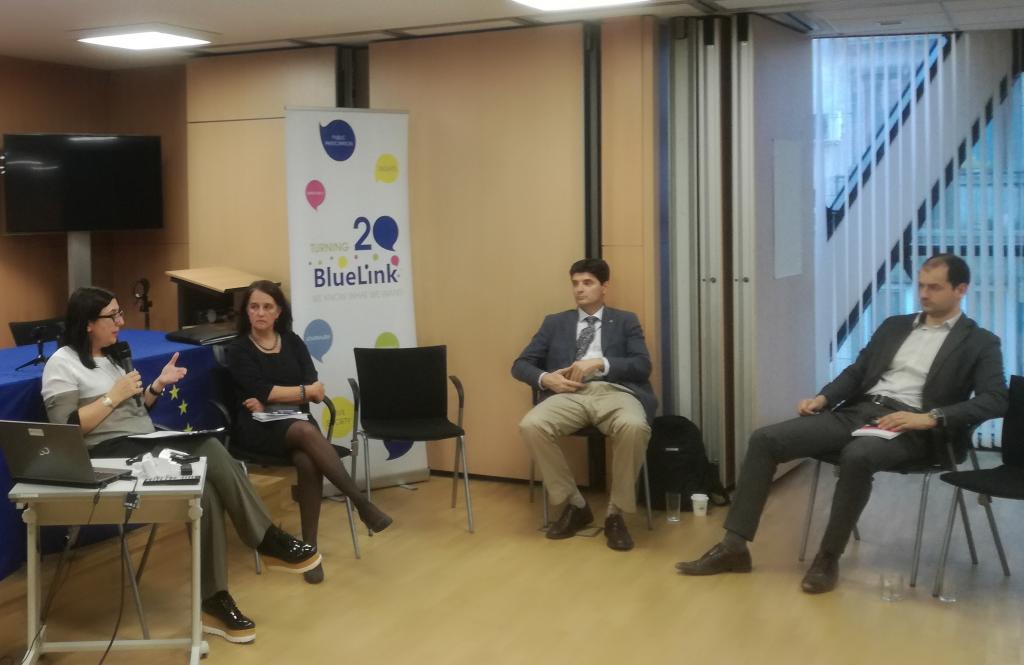 In a number of countries the public prestige of NGOs and accusations against them by official state representatives have been worsening, said Lyuben Panov of the European Center for Not-for-Profit Law. This trend is visible even in countries that have until recently been considered to be developed democracies - such as Austria and the United Kingdom. Among the reasons for this development, Panov noted the lack of visibility of the sector and the involvement of more people in the causes, inadequate response to the attacks and lack of unification on some important causes and topics.

"The [civic] sector is fragmented, it's hard to talk about 'us' any more" admitted Dr. Ruzha Smilova of the Center for Liberal Strategies and a leading researcher of democratic and media processes in Bulgaria and the region.. The few successful examples of collective civic action are usually a reaction to something very negative, but there is hardly any mobilization around positive causes to be put on the society’s agenda, she said. Smilova cited Pew Research Group data from the summer of 2019 indicating that 71% of Bulgarians are disappointed with the way democracy works for them. Non-governmental organizations are perceived as part of the elites and rely mainly on external funding -  which somewhat delegitimizes them in the eyes of the public, Smilova emphasized. 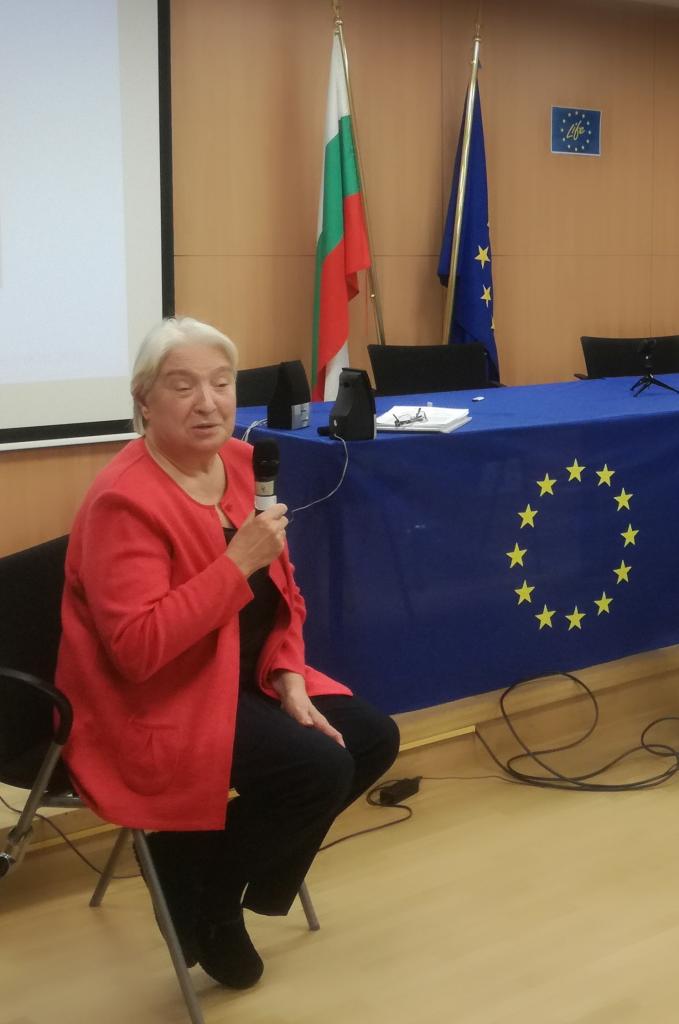 An innovative initiative for value-based self-regulation was presented by Dr. Gergana Geshanova of the Smoke-Free Life Coalition: a Memorandum for a comprehensive ban on tobacco advertising, promotion and sponsorship, in line with the Guidelines for implementation of Article 13 of the Framework Convention on Tobacco Control (FCTC). Initiated by Bulgarian and international organizations, business companies and politicians, the memorandum obliges its signatories to counteract any advertising, promotion and sponsorship by the tobacco industry - including refusing funding from it. The Memorandum practically follows the recommendations of the World Health Organisation for FCTC implementation. Bulgaria is a party to the convention but does not make sufficient efforts to introduce the necessary restrictions, so we decided to take it into  our hands as citizens, Geshanova explained. Refusing to receive benefits from insolvent entities is a "key tool of decent citizens", confirmed also Irina Nedeva of the Association of European Journalists in Bulgaria.

Solidarity and mutual support between organizations and people upholding European and democratic values is crucial for their survival, Nedeva said. In evidence, she presented the case of pressure against the BNR's Horizon program in the autumn of 2019. The case demonstrated instruments of pressure, which are being used against the entire civil society sector - such as organized counter-protests, uniting and using community members to compromise active change seekers, and labelling  them "protesters" and "sorosoids", Nedeva pointed out.

The division and undermining of independent critical voices seems to be mostly advanced in the media sector. In this battle of producing identical concepts and simulations, we are really extremely vulnerable because we don't have many easy moves to respond to. When the "smart and beautiful" have become a term with negative meaning, it's not easy to say that you are not like that, Nedeva concluded.

The Action Time Forum has once again contributed to improving the understanding of the processes shaping democratic civil society in Bulgaria. The BlueLink Foundation will undertake a detailed analysis of the Forum's results and provide support for their implementation, said Dr. Pavel Antonov, Executive Editor and Co-Founder of BlueLink.

In the break Nikolay Genov (righ) presented the principles of Hrancoop - the food cooperative - for cleadn food and direct purchases of products from trusted producers. Photo: BlueLink 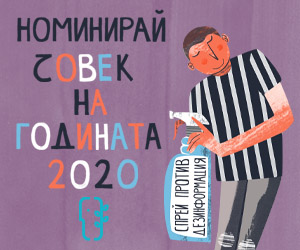