Journalism by Women for Women

In-depth responsible journalistic articles, written by young and active journalists and women who want to work in the field of independent journalism in the public interest, will contribute to overcoming discrimination against women and young girls in journalistic content and practice.

The materials will be produced within the virtual newsroom of "Evromegdan" as a part of the project "Journalism by Women for Women", implemented by the BlueLink Foundation with the support of the Bulgarian Fund for Women. Project activities will start on August 1, 2017, and will prepare the participating journalists in order to produce quality articles on women's issues and challenges by counteracting degrading media content.

Deepening corporate dependencies and turning media into profit tools degrade journalism in the public interest. "Most noticeably affected are women in the profession who traditionally take more but lower-paid jobs in the profession, and are often subject to editorial and employer pressure to bear deteriorating working conditions, with lower growth prospects", explains Pavel Antonov, executive editor of BlueLink and author of studies regarding the participation of women in the journalistic practice.

The work of young and active journalists will contribute to increase the number of journalistic materials on women's issues and to raise a constructive public debate. All journalistic articles will be published in accordance with the high professional and ethical standards of the virtual newsroom of "Evromegdan" - e-magazine for journalism in the public interest published by the BlueLink Foundation.

Problems of women and girls in Bulgaria, including in the journalistic profession, will also be discussed at a public discussion with the participation of experts on women's rights and issues and journalists interested in the subject. 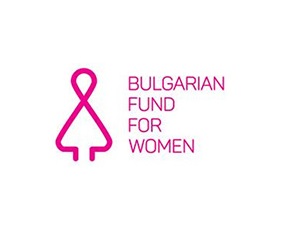 This publication has been made possible thanks to the financial support of the BULGARIAN FUND FOR WOMEN.