Round table event 'Civil Society Ostracism before and after EU accession - and how to deal with it?'

The round table took place on December 7, 2017 at the Central European University in Budapest. It was the opening event for the academic and practitioner workshop, part of the Remembering Europe – Civil Society Under Pressure Again project of BlueLink.net. It is hosted by: CEU History Department; Pasts, Inc. Center for Historical Studies at the Central European University, the Andrássy Universität Budapest, and the BlueLink Foundation. 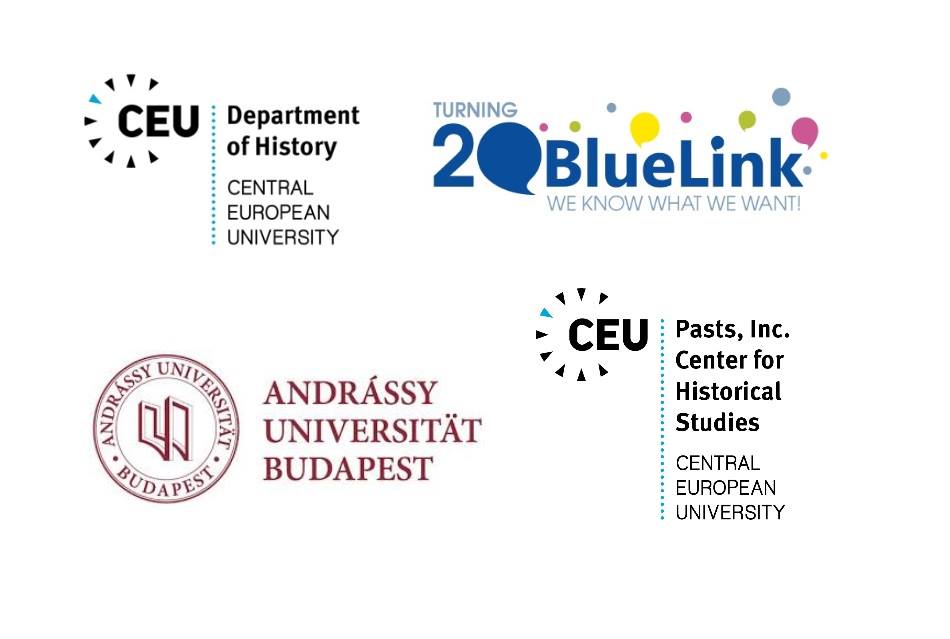 The workshop was held at The Central European University, Budapest, on December 7-9, 2017. It gathered civil society representatives, journalists and political/social scientists from Bulgaria, Hungary, Poland and other CEE countries to bring up the memory, knowledge and analyses of these historical legacies, and generate ideas for effective practical and policy responses to today’s growing pressure against critical and independent civil society and media voices that uphold Europe’s human rights, environmental and democratic values.

The organisers present focused research which maps pre-EU practices of ostracism and loss of citizenship, and civil society responses to them in Bulgaria, Hungary, Poland, and other CEE members of the EU. Position papers and multimedia/oral presentations from scholars in multiple academic fields, civil society representatives, journalists and policy makers from EU member states in CEE were chosen based on the open call for papers/presentations below. The workshop's programme can be viewed here.

Civil society representatives, journalists and political/social scientists from EU member states in CEE engaged in a public debate that reflects upon the memories of the lack of civil society participation under totalitarian regimes and the progress accomplished during democratic transition and EU accession. The workshop served for planning policy and action responses against pressure from governments, mass media and other hostile factors. Special attention is paid on the opportunities offered by European citizenship and democratic citizen participation on Union level.

The workshop was held as part of a Remembering Europe: Civil Society Under Pressure Again project, implemented by the BlueLink Foundation in Bulgaria with support from the Europe for Citizens programme of the European Union. It contributed to enhancing citizens' understanding of the Union, its history and diversity and to foster European citizenship and to improve conditions for civic and democratic participation at Union level.The specific objectives accomplished included:  raising awareness of remembrance, common history and values, and the Union's aim, while offering practical response to the challenges faced by CEE civil society.

From the Baltics to the Black Sea and back the legitimacy of critical civic institutions, organisations and movements of civil society is under pressure. They constitute an important check on political and economic power that many in government, politics and business are willing to eliminate. Political and opinion leaders in EU member states such as Hungary, Poland and Bulgaria contest civil society participation and oversight of democratic institutions with increasing intensity.

Disrespect, intolerance and outright aggression against progressive, humanist, democratic and environmentalist values of the EU and the civil society voices that uphold them gradually become mainstream. The voices of environmental, human and gender rights and democracy advocates and their organizations are increasingly ostracized in mass media and on social networks. Pejorative hate-speech labels like “foreign agents", "sorosoids", "green racketeers", “liberasts”, “EuroGays” are spreading within, and increasingly also beyond social media networks and communities. A popular discourse of denial and marginalization of entire sectors of civil society is shaped and imposed, reducing public sensitivity towards legislative and other forms of pressure against them.

But ostracizing civil society is not new in European history. Critical voices of civil society have been under pressure by non-democratic regimes throughout Central and Eastern Europe’s pre-EU past. The crucial importance of independent civic institutions, citizens’ organizations and independent journalism, for the state of European democracy has been established through important historical lessons learned during the pre- and interwar periods, the Cold War, and during EU accession.


* SCOPE OF POSITION PAPERS AND PRESENTATIONS

The workshop participants will be expected to  contribute research findings, analysis and experience, and compare them analytically to the methods and rhetorics that undermine critical civil society voices and EU values today. Special attention will be paid on the opportunities offered by European citizenship and democratic citizen participation on Union level. All participants will be expected to demonstrate how their findings and research can be useful in designing effective action and policy responses against civil society ostracism today. Contributions may address Bulgaria, Hungary, Poland, as well as other CEE members states of the EU.

Possible areas of analysis and debate include, but are not limited to:

The workshop will be held at The Central European University, Budapest, on December 8-9, 2017. Invited participants are expected to arrive in Budapest by the evening of Thursday, December 7, and depart on the afternoon of Saturday, December 9, 2017.

300 words-long abstracts for position papers or presentations need to be submitted by email to: remembering_eu [at] bluelink [dot] net (remembering_eu (at) bluelink.net).
Proposals will be accepted until Sunday, November 5,  2017 and will be reviewed on ongoing basis. Notification of acceptance will be issued latest by Monday, November 6, 2017.

Completed papers and presentations by accepted participants will need to be submitted by Tuesday, November 30, 2017.

No participation fees will be charged for accepted participants.

A collection of selected and expanded inputs will be published as a widely distributed analytical report.

The organizers will cover meals for all participants (details to follow). Justified applications for reimbursement of travel and accommodation costs will be considered.

The Remembering Europe - Civil Society Under Pressure Again project is aimed to restore the awareness of the Union's history and diversity and foster the sense of EU citizenship, this project will bring up the memories of totalitarian oppression once experienced by CEE societies.

Governmental, political and opinion leaders in Hungary, Poland and Bulgaria frequently undermine European values and principles - such as civil society participation and citizens' oversight of government. Focused practical research will reconstruct  and analyse the past practices of ostracism and loss of citizenship under totalitarian regimes in Bulgaria, Hungary and Poland, and will compare them analytically to the methods and rhetorics of today's politicians who attack and undermine critical civil society voices. The research outcomes will be used to raise awareness of remembrance, common history and the humanist, democratic and environmental values of the European Union at a Transnational workshop. In the third stage of the project journalists from around CEE will use BlueLink's innovative virtual newsroom to investigate and produce multimedia features. The stories will tell about success and failure of civil society's efforts to stand for the EU's commitments to  peace, solidarity, sustainability and well-being.

To foster  a  common culture  of  remembrance  and  mutual  understanding  between  citizens  from  different  EU member states, two historical turning points in Europe's 20th century will be commemorated in journalists' stories, and in the analytical reports, produced within the project:

The authors will explore their impact on CEE's aspiration for democracy and EU membership, and trace their consequences in today's Europe. To help restoring the Union's history and diversity and fostering EU citizenship, this project will bring up memories of totalitarian oppression and compare them to the contemporary attempts to suppress critical civil society voices and democratic participation in Hungary, Poland and Bulgaria, and elsewhere in CEE. The specific objective is to raise awareness of remembrance, common history and values, and the Union's aim, while offering practical response to the challenges faced by CEE civil society.

Duration of the project is August 1, 2017 - December 31, 2018. The project is implemented by the BlueLink Foundation with support from the Europe for Citizens programme of the European Union. Full project description can be found here.

This text was published as a part of the project “Remembering Europe: Civil Society Under Pressure Again”, implemented by the BlueLink Foundation with co-funding from the EU's Europe for Citizens Programme. No responsibility for the content of this articice could in any way be attributed to the Education, Audiovisual and Culture Executive Agency and the European Comission. All responsibility for the content lies with the BlueLink Foundation.